The New Forest Green Party objects to this application.

Our first concern is that the application site at Hamer Warren is part of an area conditioned under a previous application for return to agriculture. If this condition is not honoured there can be no trust in future conditions applied to other applications.

Secondly there is an international committment, underlined by the recent agreement in Paris, to reduce carbon emissions in the next decade. This is vital in the light of climate change and there has already been significant investment in this country in renewable energy supplies. Despite reduction of subsidies for renewables such as solar and wind power they are becoming cheaper and more readily available. Policy DM4 applies.

Creating a diesel-powered generator of the kind in this application is a massive step backwards in our plans to reduce carbon emissions. It would truly be a “quick and dirty” fix for power generation. It is the worst option next to coal for producing energy and although the applicant states that the installation would not have a significant effect on air quality it would nevertheless introduce a new source of pollution into a relatively clean environment at Hamer Warren. Further investment in smarter, cleaner technologies has to be the way forward. 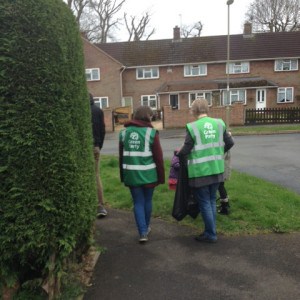 Last Saturday I organised a litter pick on behalf of the Green Party in Totton. It was surprisingly simple to do and here...