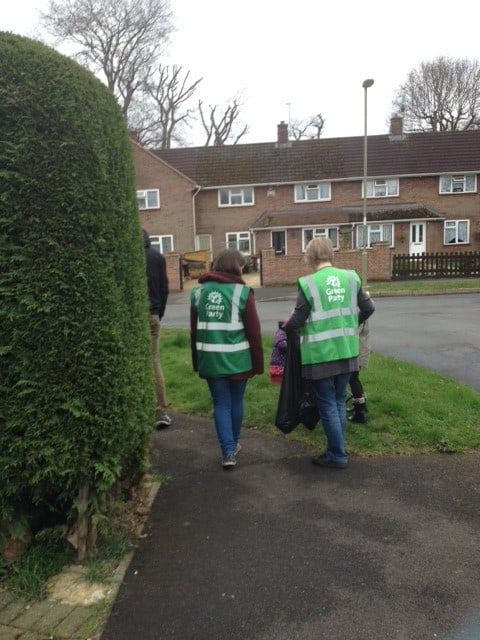 Last Saturday I organised a litter pick on behalf of the Green Party in Totton. It was surprisingly simple to do and here are some key pointers:

1. PLAN WHEN TO DO IT. Autumn to Spring is a good time as people are less reluctant to spend a morning getting hot in a high vis in the summer. Also the foliage has died back, making those hard to reach bits of rubbish a lot easier to pick up. Although the roads in Calmore were relatively clean the footpaths and alleyways were not.

2. ASK FOR HELP. If you’re local then contact the New Forest District Council as they are part of the ‘Love Where You Live’ national campaign. I tried calling and emailing Totton and Eling parish council and got no reply, however the NFDC were very helpful in providing as many litter grabbers, hi-vis, latex gloves and bin bags we needed. If you would like to organise a community clean up, you can contact the Environment Promotions Officer on 023 8028 5000 or email recycling@nfdc.gov.uk

3. BRING A CAR IF YOU CAN! NFDC also collected all the rubbish bags, but the only trouble was that the bags they provided were pretty thin and useless (they even told me to only fill them half full!) which brings me to my next point: If you can have a car nearby to keep dropping bags off in then all the better. Might be a good idea to park it about a mile on from where you are starting and litter pick towards it – rather than having to keep returning back to where you started. A lesson I learnt for next time… 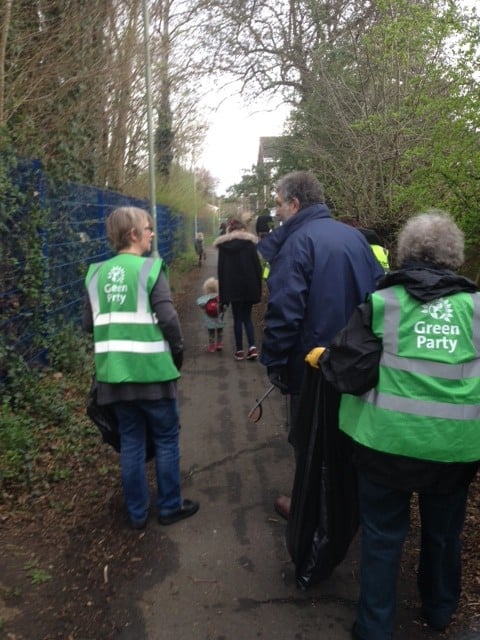 4. STAY SAFE. Don’t litter pick on busy roads (anything above 30 mph), by yourself (unless someone knows where you are going and when you’re finishing) or at dawn/dusk. Best to take your mobile just in case – also you can use it to photograph any litter that you can’t pick up. It’s best to leave glass where it is and let the local Streetscene know.

5. ENGAGE WITH PEOPLE. Although I already knew a lot of people who came to volunteer, there was a family I didn’t and it was great to strike up a conversation with them to hear their opinions about local issues. We also had some really positive conversations with locals passing by and saying what a good job we were doing and how the council used to organise litter collections for residents but now you had to pay a lot of money so people had started fly-tipping in the stream that runs down to Testwood Lakes. We saw scooters and general rubbish in there and a few weeks ago I contacted Morrisons as one of their trolleys had been thrown in.

6. ADVERTISE YOUR EVENT. I posted on Twitter and Facebook several times in the weeks leading up to the event and got twenty people to come help out for nearly two hours. For a first time event it was a great turn out and surprisingly fun. If you do decide to organise one then please let us know and we can help promote it on our social media pages!

7. HAVE FUN! We asked a local pub manager if it was okay for a couple of cars to use the car park out-of-hours while we were litter picking, adding that we were going to need a swift half afterwards. He was friendly and accommodating – and it was a lot easier than coming back to find we had been clamped. The weather was dry for us and it was nice to have a catch up with friends and meet new people while making Totton a cleaner place to live.

1 thought on “How to Organize a Litter Pick”