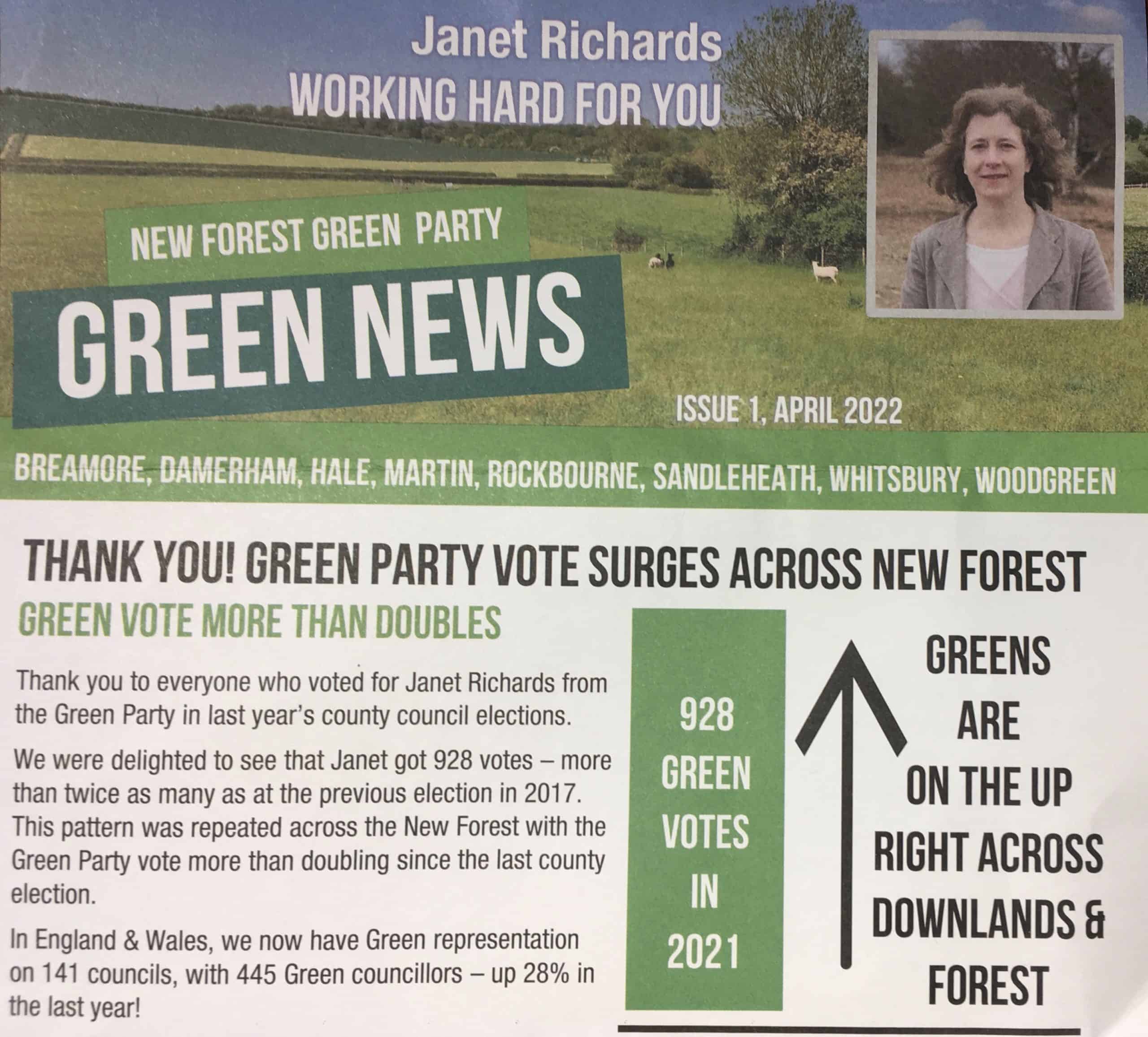 Janet Richards – Working hard for you!

Thank you for everyone who voted for Janet Richards from the Green party in last year’s county council elections.

We were delighted to see that Janet got 928 votes – more than twice as many as the previous election in 2017. This pattern was repeated across the New Forest with the Green Party vote mroe than doubling since last county election

In England & Wales, we now have Green representation on 141 councils, with 445 Green councillors – up 28% in the last year!