More than just a protest vote: why the Green Party’s message of hope is the only real choice come May 7th

I fall most easily into the category of the disaffected youth, partly because of my age, but mostly because of the perspective I have on the struggle we have all faced since the financial crisis seven years ago. Since then, we’ve heard time and time again about the successive government’s disastrous role in all this, and indeed the many further scandals – misuse of public money, serious fraud, and not forgetting the blatant dishonesty we’ve come to expect from our most senior politicians. If it wasn’t so true, and if it wasn’t so shocking that so little ever seems to get done about it, this chapter of British politics could almost be getting old.

Perhaps though, for a great many of us, it has got old. For those standing beside me under the banner of the disaffected, it’s about more than just the way our lives are being shaped by the failings of our economy and ruined public services. It’s about not being able to see true leaders representing us in parliament. Just a foul grey mass of rich white men, laughing and fighting with their friends as though the whole thing were some unsupervised after-school club. I cannot help but feel that they bring shame upon the very idea of democratic government. It is they who have alienated us.

I joined the Green Party in the summer of 2014 because I wanted to support the people that I believed had the right ideas about the future of British politics. I had, since 2008 at least, been anti-political precisely because the state of politics was such that there seemed little point in placing my hope with it. Finally swayed to investigate the Green Party as the only group with anything close to the needed focus on the future of climate change, I discovered a philosophy excitingly close to my own. Just the fact that all their policies are accessible to the public online, in an easily searchable format, was a huge breath of fresh air.

What I’ve gained from this, and from listening to fellow Green Party members and our leadership, is the answer to a question that has long been on the lips of the British people: Can things really change? Decades of bouncing back and forth between the now increasingly homogenous Labour and Conservative parties has left us more than ever a nation of many conflicting institutions and beliefs. But for me, one common strand runs through our recent history from start to finish: greed, or the pursuit of profit. Not that there’s anything wrong with entrepreneurship, and doing good work for good pay – but that there clearly is something wrong with not contributing back to the society that allowed for that flourishing.

For whatever reason, our government has failed to stand up and fight big business for our proper share of their successes – successes that come directly because of us. Worse than this, they’ve slowly engineered a system whereby the rich get richer at the expense of the poor. All the while taking funds away from public services vital to the effective running of the country for everyone, to shore up an economic system ideologically hellbent on eating itself from within. All the while sitting on obscene personal fortunes that the disaffected youth can hardly imagine.

For me, the Green Party is different because it stands in direct opposition to this abysmal state of affairs. They are offering us the chance to step away from our fall back into feudalism, and take back our country in what Natalie Bennett likes to call a peaceful political revolution. I say bring it on. We’re living under the rule of two masters: our leaders economic and political. It’s time for the latter to take back control from the former. It’s time for our politicians to work for the common good once more.

A good read..and I agree with you, the Greens should be promoted as a change from the old style choices but dont limit that to Tory/Labour – The majority of these active voters will never change.. I personally think lib deb voters at last election are nearer your target audience.
Anyway, good luck and I hope to see more flyers / promotional material making its way into the constituency soon. 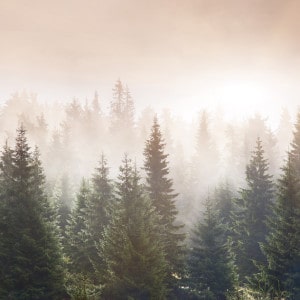 Hustings are a wonderful opportunity for the public (and you) to meet your local parliamentary candidate and promote their...