Following the AGM, an informal meeting took place particularly to respond to the proposal that a general meeting be held in early January, in order to discuss changes that could be made to the method of operation of the NF Green Party following the experience of the current general election campaign. This next general meeting has been arranged at:

A proposed agenda will be circulated before the meeting with papers describing the current constitution, officer roles and conduct of meetings, in order to inform the debate.  Other agenda items raised by members will be included in the meeting.

We hope you can attend.

Nicola Jolly - Reflection from the Campaign 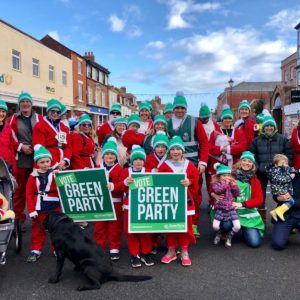 Local success for the New Forest Green's I woke up this morning to bittersweet news in the General Election. The Conservatives...