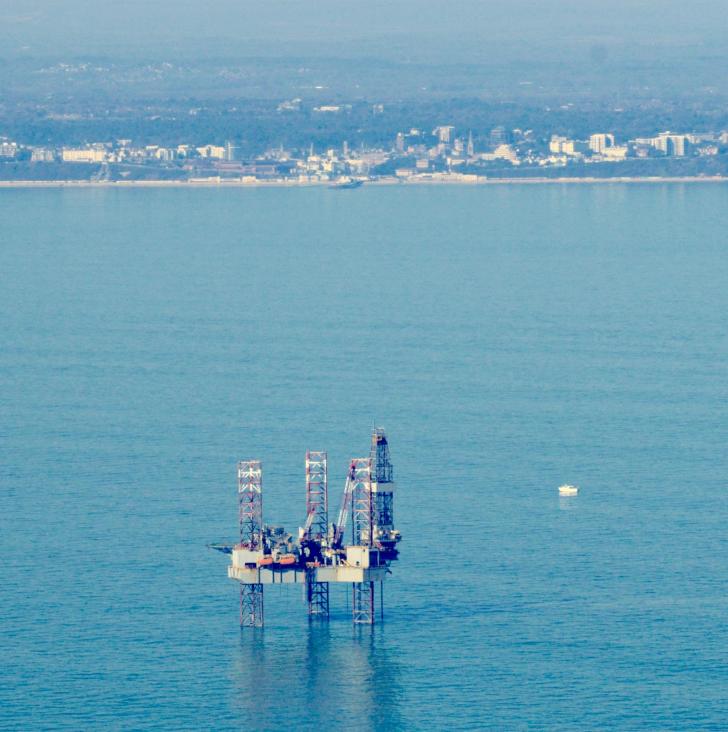 The New Forest coastline is under threat from oil drilling. Energy company Corallion are carrying out exploratory drilling

just  3.7 miles off the coast. They have been granted permission to dump thousands of tons of drilling fluid into the sea in

spite of the fragile protected ecosystems along the south coast.

The New Forest Green Party along with Green MEP for the South West, Molly Scott Cato, are campaigning for the end to

drilling in Poole Bay and a permanent ban on oil and gas drilling operations on the South Coast.

The temporary oil rig has been in place since early February and has now been granted permission from the government regulator OPRED to continue drilling right through March. Local authorities have not been consulted.

Furthermore, it comes just 3 years after plans for the construction of the Navitas Bay offshore wind farm were rejected. The Navitas Bay wind farm would have been capable of powering 700,000 homes with clean renewable energy.

Corallion is hoping to establish a permanent oil drilling operation in Poole Bay based on a geological estimation that there is 30 million barrels of oil under the sea bed. The oil rig is clearly visible from the New Forest coastline in Milford on Sea, spoiling the view for locals and tourists who are a crucial part of the local economy. A permanent drilling operation would threaten the coastal views as well as presenting a long term threat of an oil or chemical spill which could devastate the local area. The risk of a spill is a real concern as Corallian acknowledge that “mobile offshore drilling units” caused 228 oil spillages in the last 15 years.

Speaking on behalf of the New Forest Green Party, committee member Tim Rowe said “The environmental pressures on the New Forest are already considerable. If we want to protect the New Forest for our children and wildlife, we have to keep fossil fuels in the ground and support renewable energy projects like Navitus Bay”.